What a joy it is to travel by bus. Though it is, admittedly, a slow form of transportation in todays world of planes (a 24 hour journey in place of a 2 hour flight), one can stare out of the window and admire the countryside as it rushes by. The fact that I have the privilege of being able to do this in a country as astonishingly gorgeous as Chile is even better.

At time of writing, we are eight hours into our expected 22 hour journey, and I was surprised to have just been handed a sandwich after being told in no uncertain terms by the bus office in Santiago that I would have to bring food with me ‘as none will be served’. Hmm. As it is with most of the timings regarding transportation in this country, I expect we will arrive after 24 or 25 hours.

We’ve been slowly but steadily making our way north up the coast, and while it is an odd sensation to have your ears pop during a bus journey, the same mountains that cause it also grant spectacular views over gigantic valleys that overlook the Pacific ocean. I’ve been trying to think of the last time I saw the Pacific, and have concluded that it was in Taiwan; but from the other side looking east, in Hualien. This is, I believe, the first time I’ve ever reached the west coast of the Americas, and I’m - perhaps oddly yes - a little proud of this small achievement. The roads here meander into the distance, a distance that is a little disconcerting when you are overlooking cities that you were in 30 minutes prior, and now even though you can still clearly make out the buildings within it can be comfortably fit into an area the size of your hand on the window. The air is so clear here, the sun so very bright as it illuminates the reddish rock of the Andes, that you can easily see for miles upon miles. I was so pleased to realise we are travelling up the famous Ruta 5 (route 5) and that the Chilean authorities thoughtfully built it to slalom through canyons, hills and along the ocean front - in a stroke very deservingly showing off the best of this countries marvellous scenery. Words and pictures cannot describe how breathtaking the countryside is here, and I encourage you to visit and be astounded first hand. 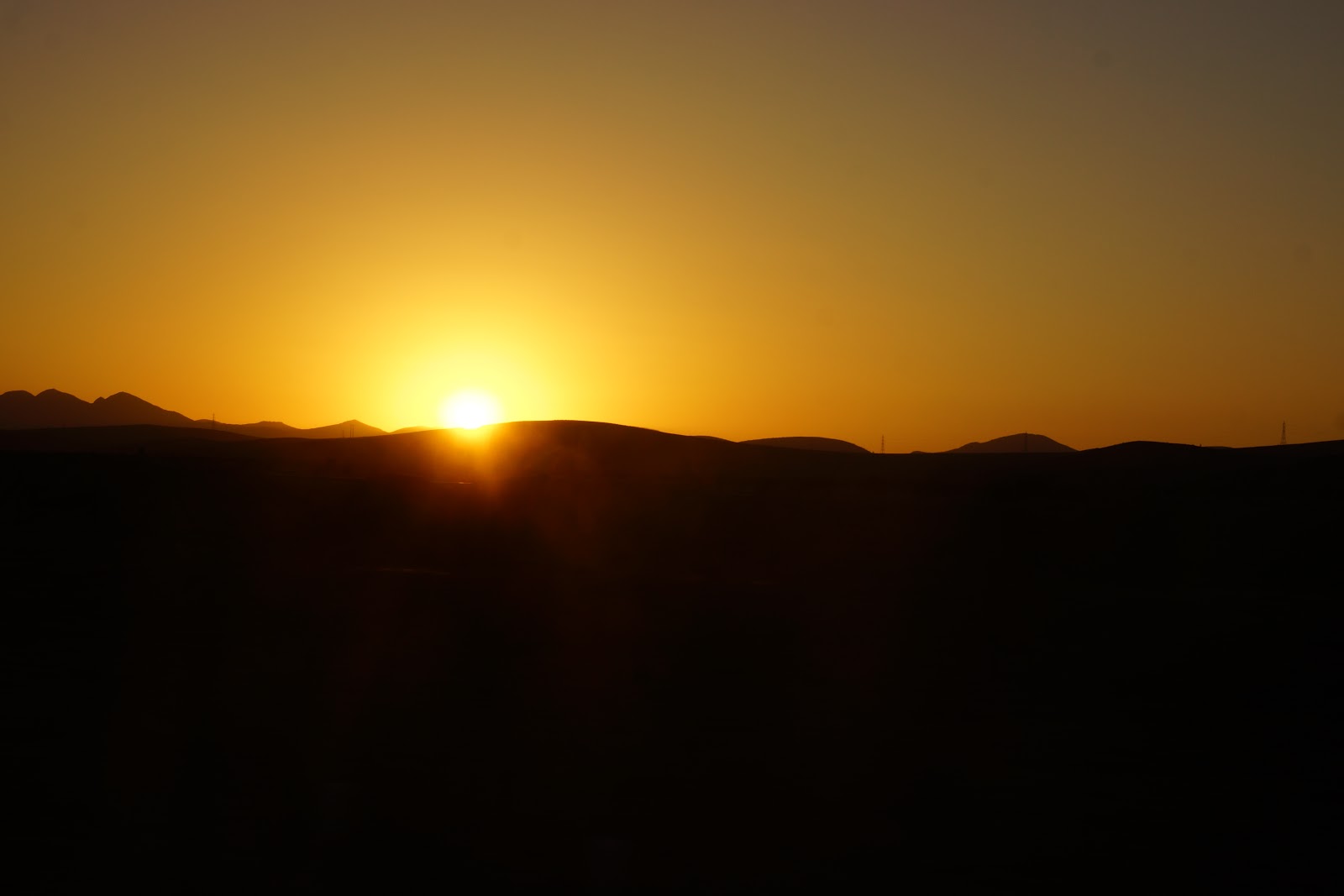 No, thank you very much, you may keep your planes. Just give me my music, a good book to read for when my eyes need a rest and scenery like this and I’ll a content man. Though, a plea to the bus companies: my window is so dirty all of my pictures look awful. Would it kill you to throw the bus through a car wash once a week?

I’m back on the road alone now, and it’s surprising how much this has affected me. I was always expecting to continue my trip upwards solitarily, but I find myself constantly attaching myself to the nearest bi-lingual person like a puppy in that sort of “I just met you! Let’s be best friends!” kind of way. I also realised, with a shock, that I had unhesitatingly paid an extra £14 for the fully reclining seat option when it was offered to me. Call me soft, but the idea of 24 hours in a barely reclining seat with the equivalent padding of a slab of granite was not overly appealing. I know that not so long ago I would have shirked the upgrade as a needless luxury.

The buses heading north were all full at first, so I had to spend an extra couple of unplanned nights until a seat was available, but Santiago is clean, cheerful, surprisingly safe in comparison to other South American cities (I recently learned that Rio is one of the least safe cities in the entire continent - Santiago by comparison was one of the safest, thanks in part to the widely admired incorruptible and friendly nature of the Chilean Cabeneros (the police force) who are on the streets in large numbers and very handsome green and black uniforms). I wasted away the time by climbing up the hill in the large park to the north of the city, Cerro San Cristobal and enjoying some mediocre food at the base. The Chilean parillas, bless them, do try and cook a steak, but can’t hold a flame to the Argentinians. I doubt anyone can really.

The bus companies here are the cause of much infuriation. Oddly, they seem to believe that the same people who would want to see Edge of Tomorrow are also interested in seeing a christmas cartoon aimed at the under-5’s. And why, dear god why, do they subject us to the torture that is numerous Adam Sandler films? I am so thankful that I own my noise cancelling earphones. 30 minutes in and I would be clawing my eyes out.

And why do they feel the need to play adverts for their own bus company on the bus? Clearly, with us being there, they have succeeded in getting our business. Still, I don’t want this to turn into an endless rant. I will, however, warn you that the daytimes up here are murderously hot and bright (I’ve burned my cheekbones from walking from the bus station - about 15 minutes outside) and the nights are teeth-clatteringly cold. Come prepared.

On a slightly unrelated note, I’ve been invited to the Kerala Blog Express for a second year running, and in the same way as last year, other arrangement prevent me from applying. It’s an all expenses paid trip through Kerala for 2 weeks to write about the state and help drum up some tourism, but you need to be a travel blogger to get onto the guest list, so if anyone else out there is writing and wants to check it out, the link is http://keralablogexpress.com. As most of you will know, I am a firm believer that Kerala is pretty close to paradise on earth, so it’s a great opportunity!

Well, my next stop is San Pedro de Atacama - then onwards to the famous salt flats. The plan is to take a jeep across into Bolivia and head onwards to La Paz from there, before crossing into Peru and heading up to Machu Picchu. I will endeavour to keep writing every two days from here on out, though I expect I’ll struggle in the middle of a salt flat to get wi-fi (it’s a three day journey).

And think about those brown-tinted glasses, it definitely makes everything have a sunset-like light.